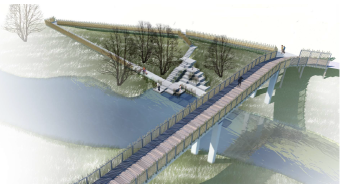 Today, 55% of the world’s population lives in urban areas.  With that proportion  expected to increase to 68% by 2050  it is clear that effective conservation will depend in large part on support from these urban voters, consumers, donors, and communicators.

Conservation then faces an obvious challenge: People living in cities have diminishing contact with nature.  We must look to create new, innovative and engaging ways to re-connect urbanites with nature.

Of course, many city dwellers already choose to seek out nature. Here in New Zealand, for example, we can choose to walk amongst the ancient forest of the Dusky Track in Fiordland National Park,  kayak the “sea of rippling waters” that is Lake Waikaremoana, or cycle the historical Otago Central Rail Trail – these are some of the wonderful trips I have been fortunate enough to personally enjoy.

I say fortunate, because while these experiences offer up much needed opportunities to re-connect and re-energise away from the hustle, bustle of the city, they do come at a price.  These adventures certainly didn’t happen for me without some careful planning and budgeting.  It can be difficult to take a week or two off work and not everyone can afford to travel great distances to these stunning locations.

Yet, crucially, future conservation success will need as many people as possible to appreciate their vested interest in it.  The true value of nature can be realised when it is both experienced and better understood.  This will require more contact, more often, by the majority of the people – the mainstreaming of nature back into our social, cultural, physical and economic landscapes.

Accessibility is key.  Time to bring nature to the people, not the other way around.

What started as an idea to do just that, back in 2016, is now a fully fledged project set to be created within the city landscape of Palmerston North, New Zealand.

“Urban Eels: Our Sustainable City” will create a new space for nature within the urban fabric, making nature more accessible and providing interpretation and education though the expression of the Maori  world view.

There will be native eels to observe and feed (if you dare), interpretive art work and sculptures and interactive features to enjoy, along with enhanced native planting and improved in-stream habitat.   All uniquely focused on the enduring relationship between man and tuna (eel)  and the importance of ritenga (customary practice), tikanga (customary system, law) and Rangitaanenuirawa (the expression of Kaitiakitanga or stewardship).

Māori are keen to express their cultural world views, and understanding these beliefs and values represents an important aspect of sustainable development in New Zealand.

For a people who relied on seasonal foods, tuna (eel) was a gift from the gods.  Tuna maintain a special place in Māori culture and are an important part of preserving the practice of cultural traditions.  Sadly, the longfin eel (tuna kawharuwharu or tuna reherehe) is in steady decline due to the historical destruction and degradation of its habitat.  Historically, long-finned eels were reported as weighing as much as 40 kg yet today tuna bigger than 10 kg are uncommon.

While tuna still inhabit our local streams, declining populations mean few people readily encounter tuna and some even consider them “scary”.  Urban Eels will not only create an improved space for tuna, but help to re-connect urbanites with nature, enable Māori to express their cultural world view and help to educate and re-acquaint people with the enduring relationship between man and tuna.

Intended to attract purposeful visitation and encourage the ‘incidental immersion’ of commuters alike, Urban Eels is strategically located at the Turitea Stream along the He Ara Kotahi – a shared pathway which forms a key route in Palmerston North’s urban transport network, connecting Linton Military Camp, Massey University and FoodHQ to the city.

Urban Eels is a collaboration between Gordon Consulting and Tanenuiarangi Manawatū Incorporated, the mandated iwi authority for Rangitaane O Manawatu since 1989, and working in partnership with central and local government and other key organisations.  Urban Eels draws it’s inspiration from the IUCN Urban Protected Areas and work of the IUCN Urban Specialist Group.